What are the parenting mistakes every Parent should avoid for the emotional well being of a child? Read on to find out the common mistakes parents make in daily life.

Recently, I saw an ad that shows the daily morning routine of parents and their 1st-grade kid.

Each day one of the parents takes turns to wake up early morning and get the kid ready for school.

One of them prepares his breakfast with Amul products and sends him off to the school bus while the other parent lazily says goodbye from the bed.

Initial few days it goes on well, then each of them starts despairing the morning chore and tries to push it off on the other parent.

The kid is pushed around each day by the sulking parents and finally one day the kid switches off their alarm and lets them sleep through.

He does everything on his own and when the shocked parents finally get up they see the kid walking off for his school bus confidently.

The Ad ends showing that Amul is for every family and even kids know it.

This is supposed to be a funny take on parenting but what stayed with me was the poor kid’s helpless and confused face throughout the shoving around in the ad.

Parents fuss a lot about the height, weight, intelligence, physical and mental development of the kids.

They provide the best of food, gifts, toys, excellent education, etc but do we care about the emotional well being of the kids in the same way? Kids are very sensitive and intuitive from birth.

They observe and pick up minutest of things and especially emotions happening around them.

We parents sometimes with our certain actions unknowingly impact the child’s mind negatively and cause long term effects on their emotional well being.

An emotionally troubled child has :

You may also like to read How to raise a single child happy and confident.

So here are a few common parenting mistakes to avoid :

#1. Never fight with your spouse in front of kids

OK, in the real world there are no couples who do not argue or fight but when you become parents remember to keep the fights between yourselves.

Don’t shout, scream, and throw around things in anger in front of the kid.

Small kids do not understand what is being said but they pick up the tone of your voice and understand the tensed body language which scares them.

Constant exposure to bickering at home affects their self-esteem and draws them into a shell.

This also holds for in-laws and grandparents living in a joint family.

There might be differences between the mother in law and daughter in law or son and father but resolve them maturely because for kids all of them are important and special.

#2. Never criticize or shout on your kids in front of others.

Imagine a scene at your workplace. You have unknowingly goofed up some work and your boss whom you idolize starts yelling on you in front of the entire office. How would you feel? Angry, bitter,  demotivated, let down?

Children consider their parents as their role models and when they are criticized by them they feel disappointed and hurt. It will kill their enthusiasm and urge to learn.

Correct them when they are wrong but in private.

Explain to them with facts, what they did wrong, and why they should not repeat it. They will understand it better and improve with pleasure.

So you had a lousy day at work, traffic was horrible, the house is a mess, you are dead tired and just want to crash down somewhere.

But your toddler is throwing a tantrum to play with him. It’s easy to lose your cool and flip out on the kid.

Wait, just think for a second, is the kid really at fault. Just because you were at the receiving end of a particularly bad day do you want to pass on the frustrations to an innocent person.

They would be left confused and sad,  not knowing what they did so wrong to receive such treatment.

So you will get to here such dialogues ‘My son started walking when he was 7 months old, your son is not walking yet ?’ or ‘ My younger daughter is so bad at studies even though her sister is so brilliant.

It’s such a shame you know’ or ‘ Mr. Sharma’s son has such a good job and salary and what is our good for nothing son doing wasting away life painting and dancing ?’

If not comparing, they force the kids to pursue interests which society upholds or their aspirations, seldom considering what the kid likes or wants to do.

This demotivates them to the core and alienates them from you. Daily negative talk enforces the thought in their mind that they are no good which in the long run leads to grave steps like suicide in teenagers.

#5. Give them your time rather than gifts.

Here was this what’s app message circulating, where the teacher asks the kinder-garden student’ What does he want to become ?’. He innocently replies ‘ I want to become a mobile phone because my mom dad loves it more than me’.

This depicts the trending scenario of most of the modern-day family. Although physically present at home with kids, parents are busy on their smartphones, tablets, laptops, or television.

Kids have their presence but not their attention which makes them feel neglected. They start throwing tantrums or indulge in troubles to gain their parent’s attention by hook or crook.

Social media can wait but kids will be small only once. So listen to them, give them your time and affection when they need it so that they will be there for you when you need them.

As they say there are no perfect parents but we can always strive to be better than we are now for the best of our kids, starting today.

You may also like to read the Importance of reading books to your child right from the early years. 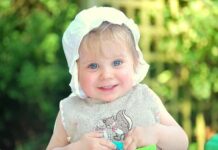 Tips for speech development in toddlers 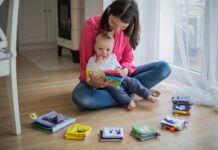 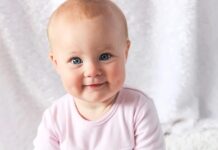 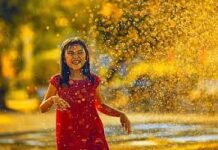 Tips for raising a single child happy and confident. 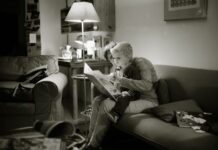 Importance of reading to children. 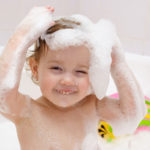 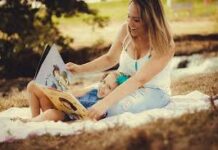 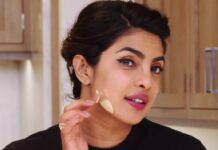 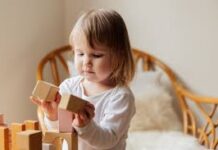 momskonnect.com is a participant in the Amazon Services LLC Associates Program, an affiliate advertising program designed to provide a means for sites to earn advertising fees by advertising and linking to amazon.in.

The information on this website has not been evaluated by the FDA and is not intended to diagnose, treat, prevent, or cure any disease. Please consult a healthcare practitioner before making changes to your diet or taking supplements that may interfere with medications.

ABOUT US
@MOMSKONNECT We have tried to put forward the challenges we faced, the things which helped, and the small accomplishments which we gathered in this wonderful mommy journey.
Contact us: momskonnect@gmail.com
FOLLOW US
© Newspaper WordPress Theme by TagDiv
MORE STORIES

Tips for helping the firstborn adjust to a new Baby.

Tips for Helping and supporting a Shy child